During the Belle Epoque, a woman’s hair was her “crowning glory” – much as today. Up to and including the late 1800’s, European women wore their hair long and almost always styled up. Bobs didn’t come into style until after well after the turn of the 20th Century, indeed not really until after WWI. Even then, a short hair style on a woman was considered terribly daring.

Hair styling for 19th century women was a complicated, time-consuming affair. Hygiene standards from 1900 were a far cry from today. One magazine from that time advised “once a month” shampooing to ensure the scalp stays clean and the hair “pure”. Drying was a lengthy affair, for portable hair dryers were not available yet. In winter or on rainy days, one had to lay before a coal, gas or wood stove, sometimes for hours. After 1890, some Paris salons boasted a new invention – the hair dryer. However, it was a large floor model with a metal bonnet attached to a chimney pipe of a gas furnace, that blew hot hair onto the head. As you can imagine, women were at great risk of burns with such contraptions. It makes me appreciate my sleek, light hand-held dryer!

Many women, particularly more mature women (such as Gabbi’s mother Desiree), simply parted their hair in the centre and pulled their hair back into a severe bun at the nape of the neck. More stylish women preferred their hair drawn off the shoulders and into a snug knot near the crown of the head. Bangs were in fashion, often tightly curled, as were wavy locks on either side of the face. The Marcel curling rod, invented by a Frenchman, was indispensable by the late 1800’s and was heated in a small stove. Tightly curled bangs were especially fashionable at this time. By the end of the nineteenth-century, the more natural look of either the Pompadour or Gibson girl styles were becoming popular. These are described in the novel, and essentially a woman’s long hair is swept up and back from her face, often over a hair rat (see below), loosely knotted at the crown, with a few curls hanging on either side of her face, and perhaps the nape of the neck for evening.

Accessories included hair “rats”, which were mesh balls that were often used to give height to an updo. Women saved their own hair from their hairbrushes and then formed it into a natural “rat” or hairpiece. More decorative accessories included hair combs of tortoise-shell, bone or wood; ribbons or bows, wigs or partial wigs; tiaras or jewelled headbands for evening for the upper classes.

Women and men sometimes dyed their hair, but dyes were unreliable and damaged hair so badly it often wasn’t considered worth the risk. Hair products included various tonics, glycerine, ointments or oils, for women and men.

Of course, hats were de rigeur as soon as one left the house. By the end of the 1800’s, hats were huge and elaborate. Summer hats were often straw boaters but were decorated with ribbons, artificial flowers and even bird’s wings or feathers. At the 1900 World Expo held in Paris, fashion reporters gushed over hats “as big as dressing tables”. One wonders why women bothered to spend so much time on their hair if it was covered up by such large, elaborate hats, to say nothing of the weight of it all! 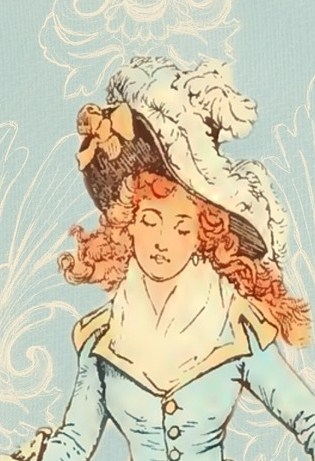 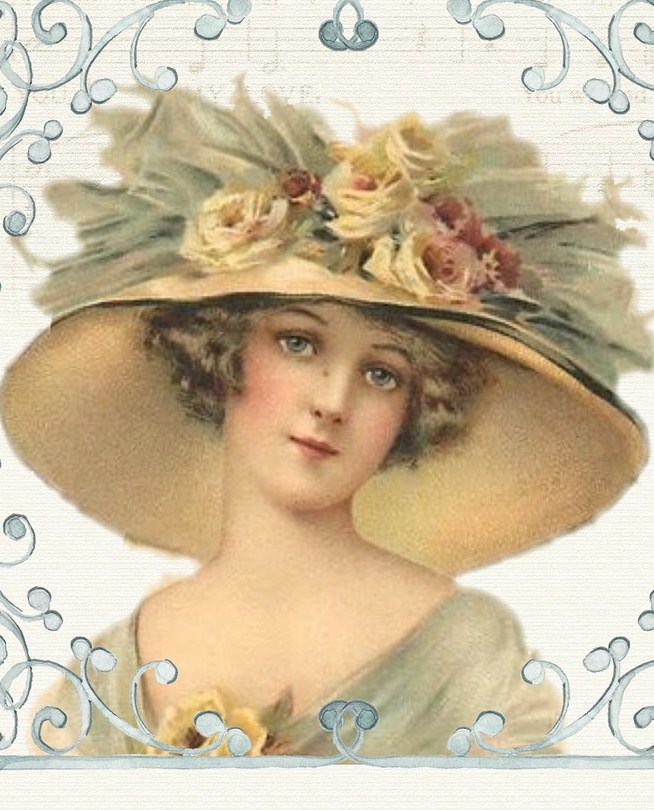